Last week, we began counting down our favourite films-within-films (FwaFs), those made-up movies that we wish were real.

We left you with a cliffhanger. Now here are the finest five FwaFs we’ve ever seen: 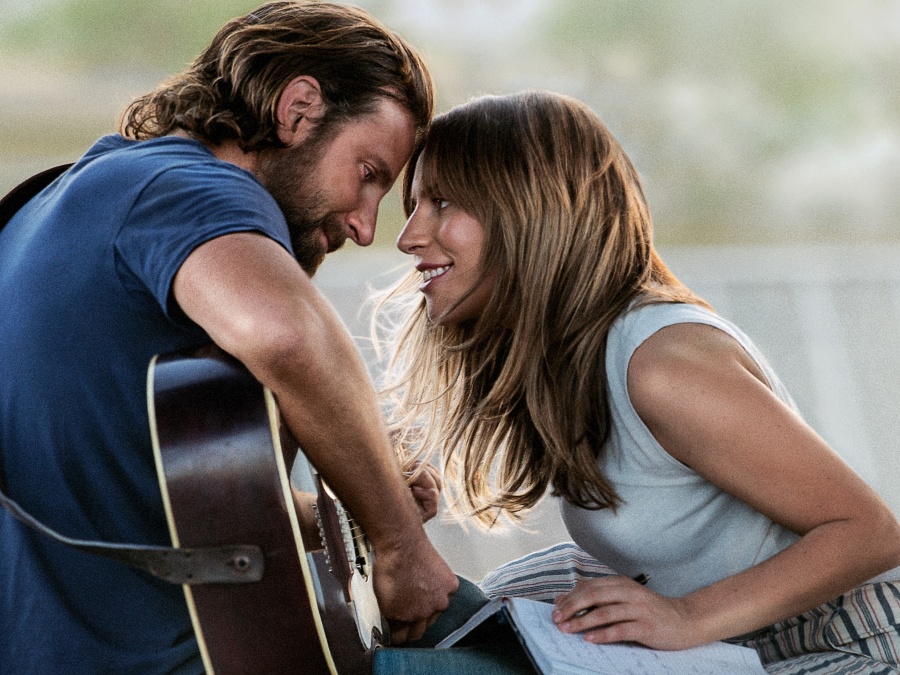 A sense of “anything you can do…” pervades Minnelli’s remake of the 1937 classic, and the film-within-a-film is a case in point: a 14-minute, all-singing, all-dancing extravaganza, known as the “Born in a Trunk” sequence, that incorporates more than a half-dozen songs, showcases a litany of eccentric outfits and turns Vicki Lester (Judy Garland) into an overnight sensation. 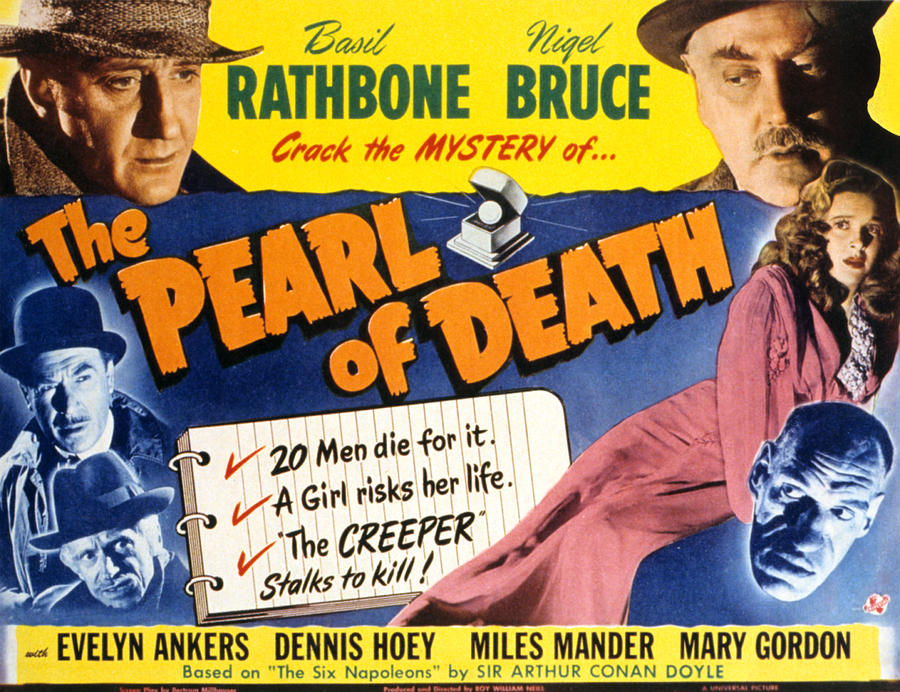 Buster biographer Edward McPherson summed up the difference between the star’s best film and his most successful (The Navigator) like so: “To love Sherlock, Jr, you have to love movies; anyone can laugh at a guy falling off a boat.” A dry-looking crime melodrama set at a stately home, Hearts and Pearls gets a much-needed shot in the arm when the projectionist (Buster) falls asleep, the actors turn into people from his life, and he climbs into the screen, obliterating the line between the FwaF and the film proper, and delivering a barrage of irresistible, meta gags about the very nature of cinema. As if that weren’t enough, his master-of-disguise also manages to dress as an old woman whilst leaping out of a window, and at one point literally JUMPS THROUGH A MAN. 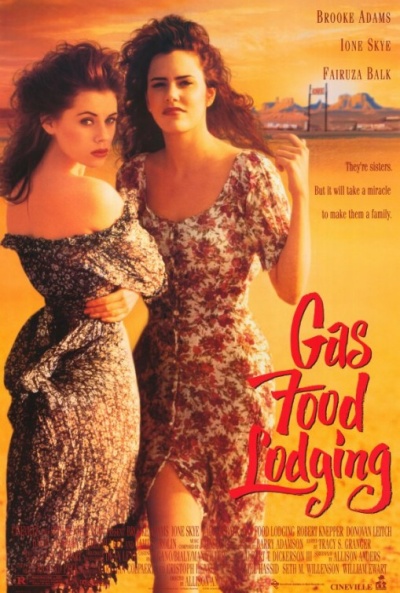 “Elvia Rivero was the one who made me laugh when I needed to laugh, she made me cry when no-one was looking, but, most of all, Elvia could put into words everything I was thinking,” intones Fairuza Balk’s idealistic Shade at the beginning of Anders’ heartfelt feminist indie. Balk delivers a jawdropping, career-best performance as a sensitive teenager searching for her father, and these are the lushly-romantic, monochrome Mexican melodramas she loves, starring the enigmatic, intense Rivero (Nina Belanger). “I am the one with this offer,” Rivera declaims in Spanish, kitted out in an elaborate ball gown at the top of an ornate, winding staircase. “Whatever I am, you can have. And understand this: my giving comes from my strength, not weakness. I am not the one who turned away from you.” She gazes at the heavens, then back at the camera. “I am the one who will always be there. Why is it that I am the one without you?” 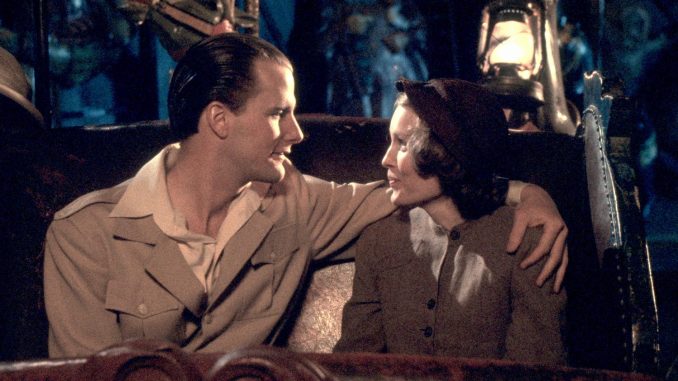 There’s little doubt that Woody loves old movies – after all, it’s the Marx Bros and Fred and Ginger who help the heroes of his best two films back on their feet. Here, he pays further homage, cleverly reversing the premise of Sherlock, Jr (referenced by giving one of his in-film actors the same surname as Buster’s first wife) in having movie character Tom Baxter (Jeff Daniels) walk off the screen and into the life of smittened Depression-era housewife Mia Farrow. The film he’s from, The Purple Rose of Cairo, is a spot-on spoof of studio-bound ‘30s escapism, from the RKO logo to the artificial sets, stock characters, formula plotting and hokey dialogue: “Y’know, I still can’t get over the fact that 24 hours ago I was in an Egyptian tomb,” says charming archaeologist Baxter. “I didn’t know any of you wonderful people – and here I am now, on the verge of a madcap Manhattan weekend.” When he goes AWOL, the FwaF naturally falls to pieces, its increasingly narked characters unable to carry on without their leading man’s crucial exposition.

Matinee is one of Dante’s sweetest, most underrated movies, tracing the coming-of-age of a group of small-town teenagers against the backdrop of the Cuban Missile Crisis, and the visit of larger-than-life movie producer Lawrence Woolsey (John Goodman), arriving to preview his latest horror film. That movie is Mant! (half man, half ant), a perfectly-pitched pastiche of ‘50s and ‘60s scare-fests that manages to be both a love letter to the genre and a hysterically funny send-up, full of ridiculous pseudo-science, excitable, swooping close-ups, and inspired exchanges. “Tell the truth, honey, if I’d looked like this when we first met…?” asks Bill-the-Mant, looming over wife Cathy Moriarty, his antennas almost touching her face. “I would have been afraid, Bill, I would have been very afraid,” she replies. “But we can’t be afraid now.” Such stoicism in the face of absurdity is what monster movies are made of. Mant! even comes with an exuberant, doom-laden trailer presented by Woolsey. “Yes, the atomic bomb is terrible,” he acknowledges, “but more terrible still are the effects of atomic mutation…” For those who prefer their FwaFs with a little less pitch black humour, Dante is also kind enough to throw in a spoof of the era’s popular slapstick comedies, The Shook-Up Shopping Cart, about a man who turns into a supermarket trolley, and featuring a young Naomi Watts. Mant! is the main attraction, though – and deservedly so.

Got a favourite FwaF? Let us know below.

« The 10 Best Films-within-Films: Part 1
Living Well: How To Get A Good Night’s Sleep »