A film-within-a-film (FwaF) can be something very special. It’s a chance for filmmakers to get all postmodern about their job: to pay homage to a hero, indulge a pet passion or poke fun at some deserving target.

Always popular, the FwaF has seen something of a resurgence in recent years. Quentin Tarantino and Robert Rodriguez’s Grindhouse project famously featured fake trailers, which have now started to be turned into features, including Machete – which sadly collapses under the weight of its pretensions – and the tastefully-titled Hobo with a Shotgun.

The Artist had several FwaFs, kicking off with a lively imitation of silent action-adventures, A Russian Affair, while Tropic Thunder began with some mock coming attractions: including action sequel Scorcher VI: Global Meltdown, and Satan’s Alley – an Oscar-ogling drama about gay monks. Judd Apatow’s Funny People incorporated made-up movies featuring star Adam Sandler as a foreign exchange student, a dog-owner, a merman and a baby.

But the concept of the phony film has been around since at least the 1920s, when genius-in-slap-shoes Buster Keaton included a crime melodrama in Sherlock, Jr., turning the FwaF into a whirlwind comedy, once his sleeping projectionist had walked up the aisle and into the screen. Show People, made four years later, saw Marion Davies’s aspiring tragedian get her big break in a slapstick short: being drenched, riding a pig and then escaping from some Keystone-ish cops on a hay wagon.

The FwaF cropped up throughout the ’30s and ’40s, whether the film was about movie-making – like Stand-In, Crashing Hollywood, Boy Meets Girl, Hellzapoppin’ and Sullivan’s Travels – or not (the bizarrely misguided Jimmy Cagney vehicle, Taxi!), and has remained a staple ever since, gracing films as disparate as Singin’ in the Rain, The Last Tycoon, Bowfinger and Friends with Benefits.

Here are 10 truly great FwaFs, including a salute to classic cartoons, a monster movie tribute and the film that unfortunately prompted the re-emergence of Satan.

And let us know your own favourites below!

This superlative four-minute cartoon kicks off Zemeckis’s semi-animated noir in spectacular fashion. From the garish domestic setting to the belligerent housewife seen only from the waist down, it’s an acutely well-observed tribute to timeless ‘toons, in which a cute, mono-toothed baby lays waste to a house in his quest for biscuits. Then the kicker: a voice yells ‘Cut!’, the camera pulls back to reveal we’re on set, and diddums turns out to be a horrendous, husky-voiced diva.

“That’s the reality – the innocent die,” says the on-screen writer of this FwaF, whose pitch insists on no Hollywood stars and no happy ending. In the end, a gallery of familiar faces look on as last-gasp hero Bruce Willis lays waste to a gas chamber door to save the life of our heroine – Julia Roberts. Story editor Cynthia Stevenson isn’t happy about the compromise, but writer Richard E. Grant is unrepentant. “What about the truth? What about the reality?” she asks. “What about how the old ending tested in Canoga Park?” he replies. “Everybody hated it. We re-shot it. Now everybody loves it. That’sreality.”

We only get a short snippet of The Enchanted Hour – a romantic drama set “when the world tripped politely to the genteel music of spinets” – but it’s intoxicatingly lovely, and offers a wryly idealised, sentimental counterpoint to the more complex and troubling narrative in which it’s housed: a Hollywood heartbreaker about the relationship between two stars heading in different directions. Shot in monochrome, rather than the three-strip Technicolor showcased throughout the rest of the movie, The Enchanted Hour sees Norman Maine (Fredric March) and Vicki Lester (the incomparable Janet Gaynor) playing lovestruck characters nipping out for some fresh air during a big social event. “I’ve loved you all my life,” he tells her. “But we only met two days ago,” she says. “That’s when my life began,” he replies. They kiss. The view from the preview audience: “Well, it’s Vicki Lester’s picture all right.” A star is born. 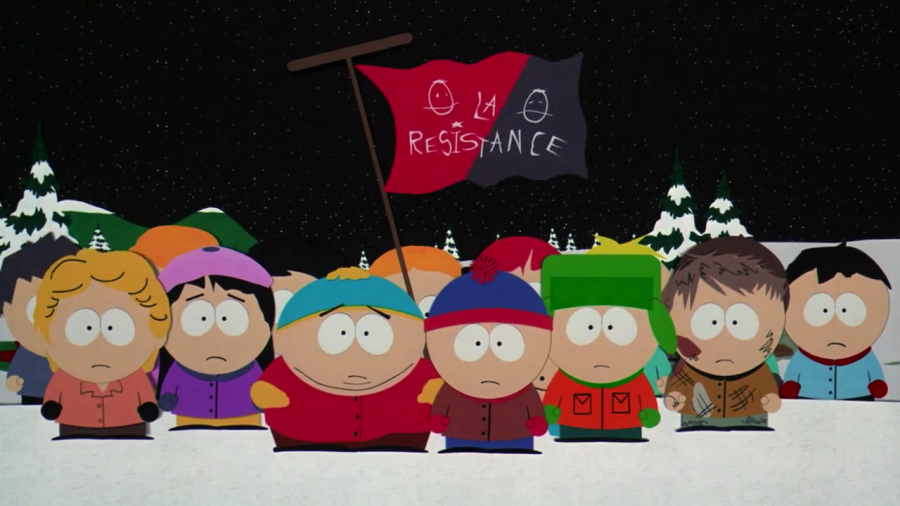 The film that led to World War Three and the unfortunate re-appearance of Satan – not even Spice World can say that. Terrance and Phillip’s magnum opus includes the song Uncle Fucka, with its immortal exchange: “You’re an Uncle Fucka, I must say!” “You fucked your uncle yesterday!”

Burning Secret is the 42-minute centrepiece of a contagious bout of postmodern silliness made for non-US markets. Frank Morgan, who played the Wizard of Oz and was one of the most beloved character actors of the Golden Age, stars in The Great Morgan as a buffoonish, highly-strung version of himself, who has visions of being a great producer, and demands the opportunity to make his mark.

Having gone 41 days behind schedule after just 43 days, he’s shut down, but manages to cobble together a rough cut of his masterpiece for studio head Leon Ames, drawn largely from the other reels he’s accidentally knocked onto the floor of the editing suite. Beginning with travelogue footage (“Bengal – land of mystery and magic, of famine and superstition…”), Burning Secret is next revealed to be an England-set period drama, which skips, runs upside down and is frequently interrupted at critical points: by tap dancing sensation Eleanor Powell (in a scene cut from the film Honolulu), by a musical segment spotlighting The Flight of the Bumblebee, and by a short film about a car, shot by future Zulu director Cy Endfield.

Though it’s clearly just an attempt to repackage MGM’s diverse short subjects – and the odd deleted scene – it’s tremendous fun, and encased in an affectionate, sanitised insider portrait of the studio, complete with cameos by costume designer Irene, art director Cedric Gibbons and sound recordist Douglas Shearer – whose names can be seen in the credits of hundreds of classic movies. Burning Secret is subsequently reshot by Ames, and consists solely of Morgan’s head in place of MGM’s famous lion, roaring impotently, a confused look on his face.

To find out the best five films-within-films ever made, check back this time next week. Or get me drunk and I’ll just tell you.